Intermission (noun). A pause or break. A period during which action temporarily ceases; an interval between periods of action or activity.

Have you ever had a season in your life when you feel like everything is on pause? It might be caused by illness, a career break, a bad decision or a change in social situations, but whatever the reason it can be incredibly frustrating. It can feel like you’re in a holding pattern just waiting for your life to re-start. I know because I have been there a few times myself. 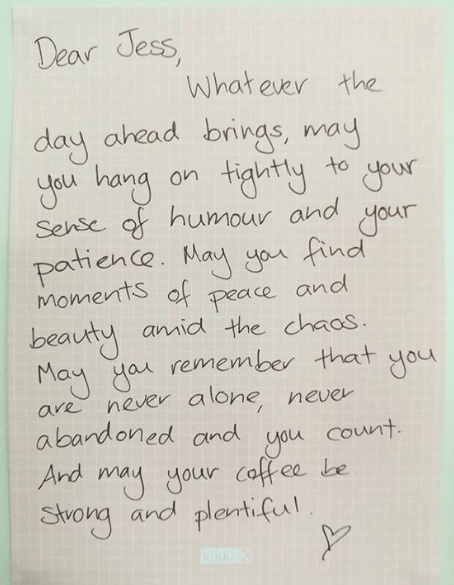 Say it with me “I’m in an intermission.” When those thoughts of uncertainty, and the feelings of being forgotten or left behind come creeping in, just remind yourself that this is only temporary. I know it doesn’t feel like it right now, but it is. Everyone has ‘intermission’ moments in their lives and despite being uncomfortable they aren’t necessarily a bad thing.

For the audience, an intermission builds anticipation for what’s to come in the acts to follow
– Sue Brickey

If you feel you are enduring an intermission in your life, let me encourage you to see it as an opportunity to reflect. For Christians it’s a time to trust and draw closer to God as Psalm 62:5-8 shows us how it’s done. It’s a forced pause for you to take stock of what you want in life and what your values are. It’s an opportunity to change the next scene in your life. If you don’t like what happened in the past, it’s time for change. If the past was great, it’s time for stepping up into something bigger and better or trying something completely different. I know for me, the way I see life’s intermissions has always determined what the next ‘act’ looks like and how well I make it through.

As long as we don’t check-out, things will get moving again eventually and a new act or season will start. This interruption to your life, might just be exactly what you didn’t realise you needed.

“I’m at an intermission in my life. I’m looking forward to what will come next.
I’m just at a pause. So it’s alright, it’s not over yet.”
– Author unknown

For more encouragement in the struggle read: Gratitude, When Faith and Hope Run out or Ten Times Braver